the shul by the timeline 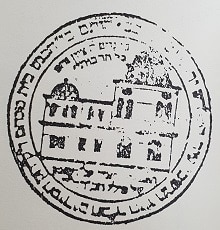 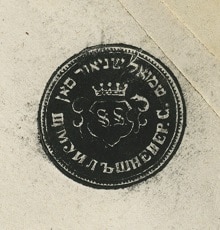 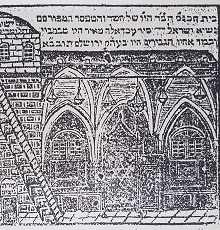 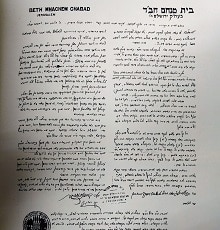 The purchase of the  courtyard and the house next to the synagogue and their attachment to it. 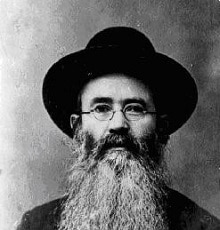 The end of the First World War and the establishment of the "Tzemach Tzedek" Chabad yeshiva in the synagogue, which lasted until the end of World War II. 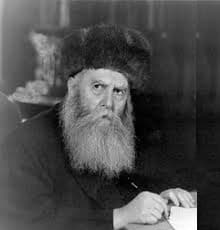 The passing of the Rebbe Rashab and the acceptance of the leadership by his son, the Rebbe Rayatz

The Rebbe Rayatz’s visit to the synagogue 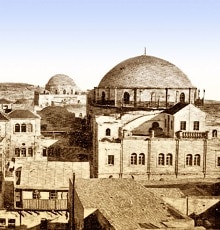 During the Second World War, the synagogue was in crisis and the Rebbe Rayatz sent money to strengthen the members of the community At the same time, at additional yeshiva, "Midrash Shmuel," was established by the Hasidim in the synagogue, which was held until 1948, when the Arabs took over the city 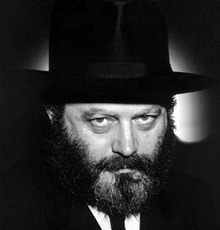 The passing of the Rebbe Rayatz and the acceptance of the leadership by his  son-in- law, the rebbe 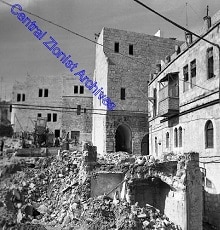 The British leave the country, the War of Independence begins. The Old City and the synagogue fall under the control of the Jordanians. 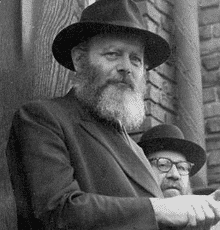 The Six day War, the liberation of the Old City and the redemption of the synagogue (the only remaining structure during all the battles) - the return of Hasidim to regular prayers. 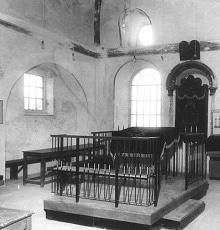 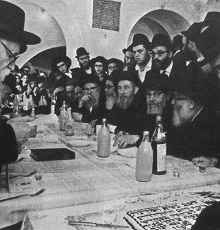 Celebration and farbrengen of the first birthday of the President of the State, Mr. Shneur z. Shazar in the synagogue 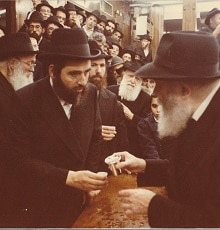 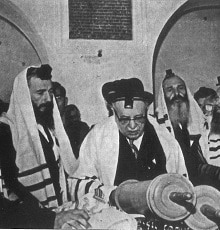 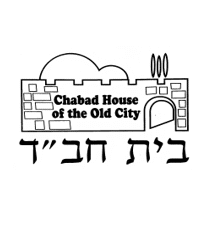 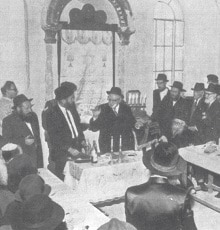 Celebrating 80th Birthday of President Zalman Shazar - The Rebbe sends a bottle lechaim and a greeting card to the farbrengen. 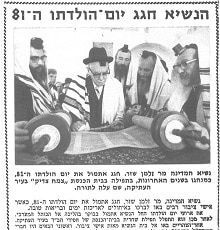 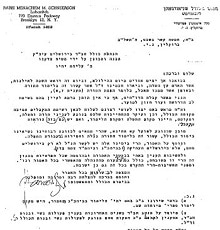 The establishment of Kollel-Avrechim in the synagogue 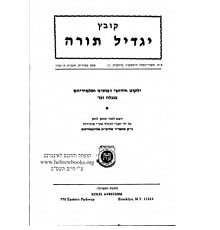 Elul, the first book by the Avrechim of the synagogue’s Kollel in the series "Notes and Commentaries on the Shulchan Aruch Hrav" 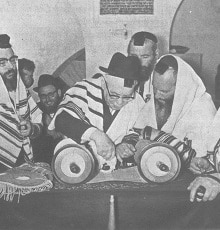 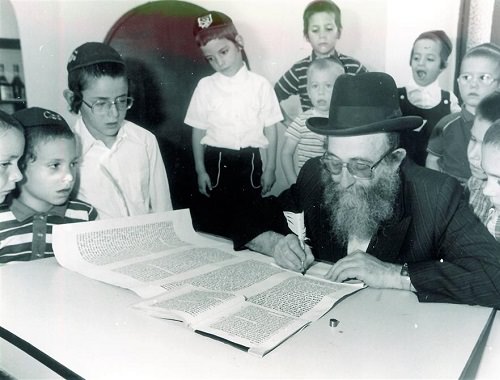 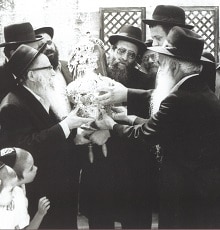 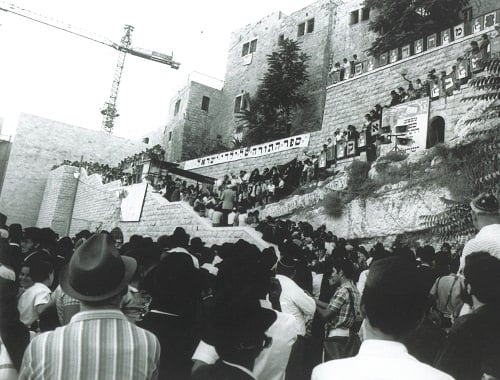 20 Menachem av, writing of the first Sefer Torah of the Children is completed. It is brought in to the synagogue, The Rebbe has sent a special representative on his behalf, Rabbi Zalman S. Dworkin, with whom the Rebbe sent his financial participation in the purchase of the parchment and the Torah scrolls. Also, a bottle of special drink for the distribution of Lechim During the event. Likewise, the Rebbe appointed him to write a letter in the Sefer Torah in his name. 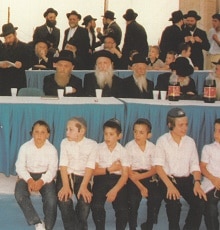 20 Menachem Av, End of the Second Torah Scroll of the Children law 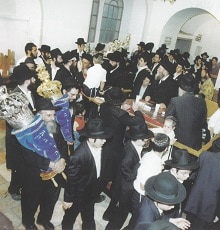 26 Elul, the conclusion and introduction of the third Torah scroll of the Children 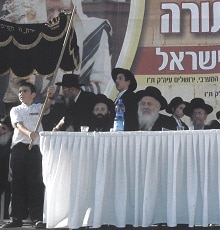 20 Menachem Av, conclusion and introduction of the fourth Sefer Torah of the Children 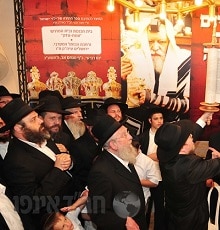 20 Menachem Av, conclusion and introduction of the fifth Torah scroll of the Children 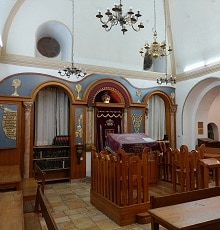 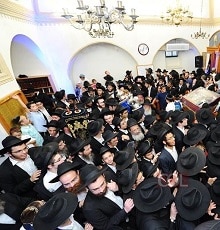 20 Menachem Av, conclusion and introduction of the sixth Torah scroll of the Children